Catvinkle and the Missing Tulips

When best friends Catvinkle and Ula are asked to defend two sheep accused of eating Amsterdam's tulips, they're not sure what to believe. The sheep say they're innocent, but they do look very sheepish.

To win this case, Catvinkle will need the help of a wolfhound, a llama, two travelling koalas, a pair of Russian bears...and a very special bird.

"...an instant children’s classic, that you enjoy as much as the little ones you know, and that you start giving as a gift because of its inherent, feel-good message."
The Sunday Age

"...exactly the sort of book I loved being given as a child, a book you can cherish."
Sydney Morning Herald 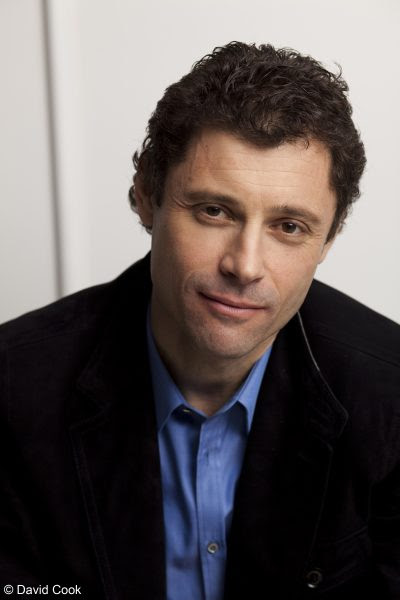 The Reasons I Won't Be Coming, a collection of stories, was a bestseller in the US where it was named a New York Times Book Review 'Editors' Choice' and received the Steele Rudd Award for the best Australian short story collection in its year of publication.

Perlman's second novel, Seven Types of Ambiguity, was a bestseller in France where it was described as 'one of the best novels of recent years, a complete success'(Le Monde). In Germany it was called a 'literary sensation' (Deutschlandradio), 'an impressive, iridescent all-encompassing view of feeling' (Der Spiegel), and described as having "the virtues of the great modern European novel' (Süddeutsche Zeitung). It was a bestseller in the United States where it was described as having 'traces of Dickens's range and of George Eliot's generous humanist spirit' (New York Times) and named a New York Times Book Review 'Editors' Choice', a New York Times Book Review 'Notable Book of the Year' and a Washington Post 'Editors' Choice' as well as one of its all-time dozen favourites 'on the pain of love'.

In the UK it was described as 'a colossal achievement….a tour de force…(in which) at the end, in a comprehensive, an almost Shakespearian way, Perlman picks up every loose thread and knots it' (The Observer) and named a Sunday Telegraph 'Book of the Year'. In Australia it was shortlisted for the Miles Franklin Literary Award as well as for the Queensland Premier's Award for Fiction.

Elliot Perlman is the recipient of the Queensland Premier's award for Advancing Public Debate and has been described by the Times Literary Supplement (UK) as 'Australia's outstanding social novelist', by Le Nouvelle Observateur (France) as the 'Zola d'Australie' and by Lire (France) as 'the classic of tomorrow', one of the '50 most important writers in the world'.

His most recent novel is the national bestseller, The Street Sweeper. He lives in Melbourne with his wife and two children. An ABC television adaptation of Seven Types of Ambiguity is currently in production.

Be the first to review Catvinkle and the Missing Tulips .

Catvinkle and the Missing Tulips