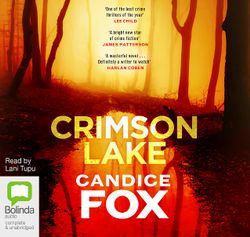 Six minutes - that's all it took to ruin Detective Ted Conkaffey's life. Accused but not convicted of Claire's abduction, he escapes north, to the steamy, croc-infested wetlands of Crimson Lake.

Amanda Pharrell knows what it's like to be public-enemy number one. Maybe it's her murderous past that makes her so good as a private investigator, tracking lost souls in the wilderness. Her latest target, missing author Jake Scully, has a life more shrouded in secrets than her own - so she enlists help from the one person in town more hated than she is: Ted Conkaffey.

But the residents of Crimson Lake are watching the pair's every move. And for Ted, a man already at breaking point, this town is offering no place to hide ... Be the first to review Crimson Lake.