by Stephen Fry
Downloadable audio file
Publication Date: 04/05/2009
Be the first to write a review
Tweet
$6.00

Stephen Fry's influential BBC Radio 4 comedy series starring Hugh Laurie, Emma Thompson and Jim Broadbent. Dive into the complete first series of 'Saturday Night Fry' - the fragrance-free show with no additives or artificial colours - with Stephen Fry and his regular team, Hugh Laurie, Jim Broadbent and Emma Thompson. So, as the strain of Stephen's last movement gradually fades, get ready for wit, wordplay and some surreal sketches. Remember, regular listeners will have no need of a high bran diet... 'Saturday Night Fry' was the precursor to 'A Bit of Fry and Laurie' and is said to have influenced Chris Morris's 'On the Hour'. Six splendid servings of the original 1988 BBC Radio 4 comedy series, includes the pilot episode plus special guests Alison Steadman, Phyllida Law, Barry Cryer, Robert Bathurst and Julia Hills. 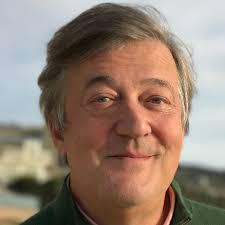 Stephen Fry is an award-winning comedian, actor, presenter and director.

He rose to fame alongside Hugh Laurie in A Bit of Fry and Laurie (which he co-wrote with Laurie) and Jeeves and Wooster, and was unforgettable as Captain Melchett in Blackadder.

More recently he presented Stephen Fry: The Secret Life of the Manic Depressive, his groundbreaking documentary on bipolar disorder, to huge critical acclaim. His legions of fans tune in to watch him host the popular quiz show QI each week.

Be the first to review Saturday Night Fry.