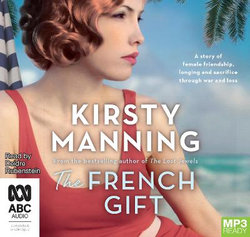 Kirsty Manning grew up in northern New South Wales. She has degrees in literature and communications and worked as an editor and publishing manager in book publishing for over a decade.

A country girl with wanderlust, her travels and studies have taken her through most of Europe, the east and west coasts of the United States and pockets of Asia. Kirsty's journalism and photography specialising in lifestyle and travel regularly appear in magazines, newspapers and online.

In 2007, Kirsty and her husband, with two toddlers and a baby in tow, built a house in an old chestnut grove in the Macedon Ranges. Together, they planted an orchard and veggie patch, created large herbal 'walks' brimming with sage and rosemary, wove borders from chestnut branches and constructed far too many stone walls by hand.

Kirsty loves cooking with her kids and has several large heirloom copper pots that do not fit anywhere easily, but are perfect for making (and occasionally burning) jams, chutneys and soups. With husband Alex Wilcox, Kirsty is a partner in the award-winning Melbourne wine bar Bellota, and the Prince Wine Store in Sydney and Melbourne.

Be the first to review The French Gift.