From the two-time Booker Prize-winning author and recipient of the Commonwealth Prize comes this new novel about obsession, deception, and redemption, at once an engrossing psychological suspense story and a work of highly charged, fiendishly funny literary fiction.

Michael--a.k.a. ""Butcher""--Boone is an ex-""really famous"" painter: opinionated, furious, brilliant, and now reduced to living in the remote country house of his biggest collector and acting as caretaker for his younger brother, Hugh, a damaged man of imposing physicality and childlike emotional volatility. Alone together they&#39;ve forged a delicate and shifting equilibrium, a balance instantly destroyed when a mysterious young woman named Marlene walks out of a rainstorm and into their lives on three-inch Manolo Blahnik heels. Beautiful, smart, and ambitious, she&#39;s also the daughter-in-law of the late great painter Jacques Liebovitz, one of Butcher&#39;s earliest influences. She&#39;s sweet to Hugh and falls in love with Butcher, and they reciprocate in kind. And she sets in motion a chain of events that could be the making--or the ruin--of them all.

Told through the alternating points of view of the brothers--Butcher&#39;s urbane, intelligent, caustic observations contrasting with Hugh&#39;s bizarre, frequently poetic, utterly unique voice--Theft reminds us once again of Peter Carey&#39;s remarkable gift for creating indelible, fascinating characters and a narrative as gripping as it is deliriously surprising. 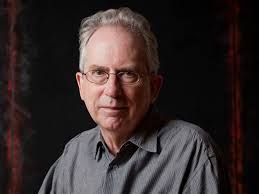 Be the first to review Theft.