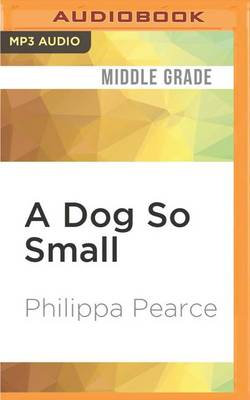 A Dog So Small

For months, Ben Blewitt has been thinking about dogs. So he is very disappointed when, for his birthday, he receives not a dog, but a picture of a dog. But Ben's imagination soon gets to work, and then the strange adventures begin.

Philippa Pearce and illustrator Helen Craig share two grandsons, Nat and Will, the sons of their children Sally and Ben. Philippa wrote A Finder's Magic for Helen to illustrate, and the name of the book's hero, "Tillawn" (Till), is an amalgam of the boys' names.

The peculiar relationship between the old and the very young is a constant theme in Philippa's writing and when, late in life, she had the "unexpected delight" of two small grandsons, it gave her a renewed burst of creative energy.

She called being a grandmother "a privilege, a rare, almost inexplicable pleasure - not just fun but something different, more." Philippa Pearce died in December 2006. The Philippa Pearce Memorial Lecture is held annually in September.

Be the first to review A Dog So Small. 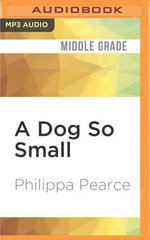 A Dog So Small