A God in Ruins

Focuses on the author's younger brother Teddy - would-be poet, RAF bomber pilot, husband and father - as he navigates the perils and progress of the 20th century. For all Teddy endures in battle, his greatest challenge will be to face living in a future he never expected to have.

"A God in Ruins relates the life of Teddy Todd would-be poet, heroic World War II bomber pilot, husband, father, and grandfather as he navigates the perils and progress of the 20th century. For all Teddy endures in battle, his greatest challenge will be to face living in a future he never expected to have. This gripping, often deliriously funny yet emotionally devastating book looks at war that great fall of Man from grace and the effect it has, not only on those who live through it, but on the lives of the subsequent generations. It is also about the infinite magic of fiction.Those who loved the bestselling Life After Life will recognise Teddy as Ursula Todd's adored younger brother but for those who have not read it, A God in Ruins stands fully on its own. Few will dispute that it proves once again that Kate Atkinson is one of the most exceptional novelists of our age."

About the Author
Kate Atkinson won the Whitbread (now Costa) Book of the Year prize with her first novel, Behind the Scenes at the Museum. Her four bestselling novels featuring former detective Jackson Brodie became the BBC television series Case Histories, starring Jason Isaacs. Her last novel, Life After Life, was the winner of the Costa Novel Award and the South Bank Sky Arts Literature Prize, and was shortlisted for the Women's Prize. It was also voted Book of the Year for the independent booksellers associations on both sides of the Atlantic. Her new novel A God in Ruins is a companion to Life After Life. She was appointed MBE in the 2011 Queen's Birthday Honours List, and was voted Waterstones UK Author of the Year at the 2013 Specsavers National Book Awards. 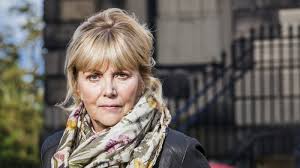 Her 2013 novel Life After Life won the South Bank Sky Arts Literature Prize, was shortlisted for the Women’s Prize, voted Book of the Year for the independent booksellers associations on both sides of the Atlantic. It also won the Costa Novel Award, as did her new novel A God in Ruins (2015).

She was appointed MBE in the 2011 Queen’s Birthday Honours List, and was voted Waterstones UK Author of the Year at the 2013 Specsavers National Book Awards.

Be the first to review A God in Ruins.

A God in Ruins