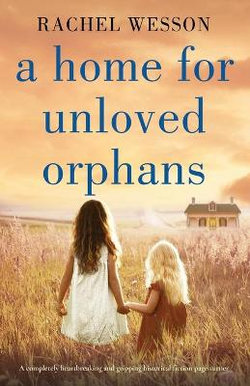 A Home for Unloved Orphans

Virginia, 1933: Her heart broke as she took in the scene before her. There were too many orphans and not enough beds. The rags they wore barely covered them and they hadn't eaten in days. How could anyone let innocent children live like this? She picked up a tiny girl who'd cried as she moved past her cot. "I'll be back soon, little one."


Never in a million years did Lauren Greenwood think she would be destitute and without a penny to her name. But when her father mercilessly disowns her in the depths of winter, that is her fate. Now homeless, Lauren finds America in the devastating grip of the Great Depression--children run wild in the icy streets, endless queues for soup kitchens line frosty sidewalks, and desperation hangs in the air.


All alone in the world, Lauren finds an orphanage in the sprawling fields of the Virginia countryside, surrounded by snow-topped mountains and magnificent fir trees--a safe haven for those who have nowhere to go. But she is appalled to find children living in shocking conditions, huddled together for warmth, their hunger keeping them awake at night as the temperature plunges. The home for unloved orphans is on the brink of closure and the helpless innocents may lose the roof over their heads...


Lauren, heartbroken by the rejection of her own father, vows to provide these poor orphans with the love she never received. With Christmas just around the corner, she refuses to see them cast out onto the street, where they will not survive. When she sees an advertisement in the local newspaper, with an anonymous benefactor donating money to families crippled by the Depression, it could be the answer to her prayers.


Can Lauren save these children who have been rejected by the world? Or in a time of so much suffering, is there simply no hope?


A heartbreaking yet hopeful tale about a brave young woman who gives up everything to help unloved children who have nothing. Fans of Before We Were Yours, The Orphan Train and Diney Costeloe will adore this poignant historical novel, which shows that a little bit of kindness can go a long way.

Be the first to review A Home for Unloved Orphans.

A Home for Unloved Orphans