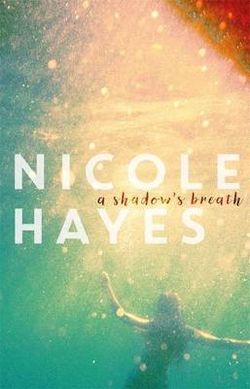 A compelling story of heartbreak, courage and forgiveness from the award-winning author of The Whole of My World and One True Thing.

Then, things were looking up for Tessa. Her mum was finally getting back on track. Tessa had started seeing Nick. She was making new friends. She’d even begun to paint again.

Now, Tessa and Nick are trapped in the car after a corner taken too fast. Injured, stranded in the wilderness, at the mercy of the elements, the question becomes one of survival. But Tessa isn’t sure if she wants to be found. Not after what she saw. Not after what she remembered.

When Nicole Hayes isn't yelling at the Hawks on TV or sharing hosting duties on the all-female AFL podcast, The Outer Sanctum, she teaches writing and writes fiction, essays and scripts.

Her debut novel, The Whole of My World, was published in 2013 and was shortlisted for a Young Australians Best Book Award and longlisted for the Gold Inky Award.

One True Thing, Nicole's second novel, won the Children's Peace Literature Award, is a CBCA Notable Book and was shortlisted for the WA Premier's Book Awards.

She has also co-edited an anthology of footy stories, From the Outer: Footy Like You've Never Heard It, with Alicia Sometimes. Nicole lives in Melbourne with her husband, two daughters and a dog called Brody.

Be the first to review A Shadow's Breath.