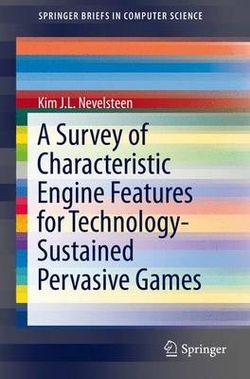 A Survey of Characteristic Engine Features for Technology-Sustained Pervasive Games

Be the first to review A Survey of Characteristic Engine Features for Technology-Sustained Pervasive Games.

A Survey of Characteristic Engine Features for Technology-Sustained Pervasive Games