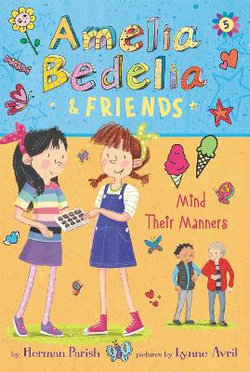 Herman Parish was in the fourth grade when his aunt, Peggy Parish, created Amelia Bedelia, the literal-minded housekeeper. Peggy wrote twelve books in the series before she passed away in 1988. The interest of educators and the enthusiasm of young readers prompted Herman to continue the character in 1995 with his first book, Good Driving, Amelia Bedelia.

Lynne Avril is the illustrator of all the books about the young Amelia Bedelia, as well as more than fifty other books for children, including Amazing You, by Dr. Gail Saltz, and If I Ran for President, by Catherine Stier. She grew up in Montana and now makes her home in Arizona.

by Herman Parish and Lynne Avril