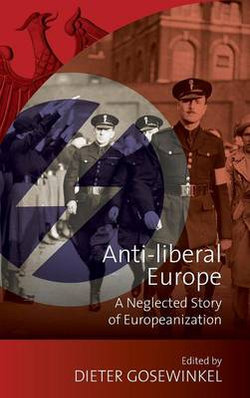 A Neglected Story of Europeanization

" V]iewing Europeanism (as an idea and practice) through a liberal/anti-liberal prism offers a valuable and distinctive perspective on the intellectual and political history of European integration. This volume should join an emerging body of scholarship that shifts attention away from an exclusive focus on diplomatic and institutional histories of the EU and towards a critical intellectual, cultural and social history of European integration." - Christian Bailey, The Open University

"This book tackles an extremely important topic. It seeks to question teleological assessments of European integration...the contributions have the potential to add significantly to the debate on Europeanisation and European integration." - Holger Nehring, University of Stirling

The history of modern Europe is often presented with the hindsight of present-day European integration, which was a genuinely liberal project based on political and economic freedom. Many other visions for Europe developed in the 20th century, however, were based on an idea of community rooted in pre-modern religious ideas, cultural or ethnic homogeneity, or even in coercion and violence. They frequently rejected the idea of modernity or reinterpreted it in an antiliberal manner. Anti-liberal Europe examines these visions, including those of anti-modernist Catholics, conservatives, extreme rightists as well as communists, arguing that antiliberal concepts in 20th-century Europe were not the counterpart to, but instead part of the process of European integration.

Dieter Gosewinkel is Professor of Modern History at the Freie Universit t Berlin, and researcher and co-director of the Rule of Law Center at the Wissenschaftszentrum Berlin f r Sozialforschung (WZB). His recent books include Die Verfassungen in Europa 1789 - 1949: Eine wissenschaftliche Textedition (co-edited with Johannes Masing and Andreas W rschinger 2006) and Wissenschaft, Politik, Verfassungsgericht (with Ernst-Wolfgang B ckenf rde 2011).

Be the first to review Anti-Liberal Europe.