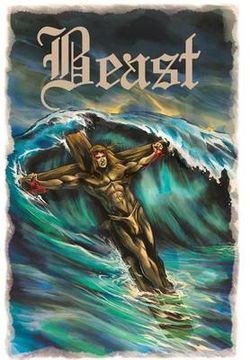 This is the story of Beaulyn deFaux, a defrocked priest on the last night of his long death, thirty years in coming. Like Jesus in the Garden of Gethsemane, he is essentially alone, tortured by his personal demon - Azra, appearing to him as a vulture - and vague memories of a pivotal moment in his childhood...which has made it impossible for him to be anything but what he has become, the Miracle-Priest of the BaUtuu, and what he is to be, the Beast of Revelation.

Revered as Christ, as the second-coming of the Son of God, PEre deFaux is accused of heresy by the Holy Mother Church. Specifically charged with attempting to duplicate the full complement of Jesus' miracles (which the Grand Inquisitor's investigation reveals he actually accomplished, not by acts of magic or sleight of hand but by opening the hearts of sinners to God), Faux is pronounced an apostate and, by papal decree, is laicized. Relieved of his ministry, he disavows his mystic past and drifts through the remainder of his life in a haze of drunken debauchery.

Years go by. On the last night of his earth-bound soul, that pivotal moment in his childhood comes back to haunt him, to demand redress. At first appearing as little more than a parish visit by a triumvirate of church ladies, each of whose story is told in flashbacks and flash-forwards, the horrible truth of what happened to him is laid bare in a parallel tale of Hansel stewing in a witch's pot. And therein is the Beast, soon to be loosed on Mankind, riffling through the pages of this book.

Be the first to review Beast.