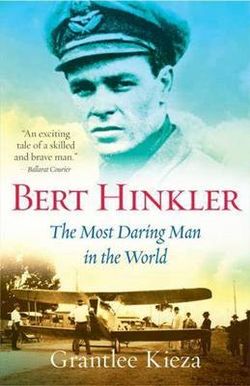 The Most Daring Man in the World

The thrilling life of Bert Hinkler, Bundaberg boy, who grew up to become a pioneer of aviation, Mussolini's favourite pilot, dubbed 'the most daring man in the world' by adoring crowds who turned out to see him fly.

Grantlee Kieza tells the thrilling story of Bert's life and with it the bigger story of how the world was changed forever by men like Hinkler. Fast paced and revealing, this is an overdue, full-blooded biography about one of Australia's most astonishing sons. He's all but been lost from history but once upon a time, Bert Hinkler, a small, unprepossessing man from Bundaberg was feted as one of the most daring aviators in the world. Mussolini's favourite pilot, Hinkler was an adventurer who along with early pioneers flew single handed across countries, continents and oceans-often with nothing more than a lunchbox and the page of an atlas to guide him. Whether as an aerial showman or as a World War I fighter pilot, Hinkler's exploits thrilled the world, drawing massive crowds, and in his time he enjoyed the fame and adulation of his peers like Charles Kingsford Smith and Amelia Earhart. But behind the headlines was a more private-and more complex-man, who juggled two relationships with two different women on two continents.

Be the first to review Bert Hinkler. 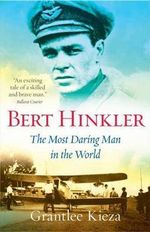 Biography: historical Biography: general Australian Books
Hold on while we process your request.