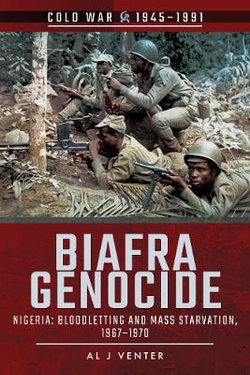 One of the great tragedies of Africa is not only the fact that a million people-mostly civilians and a large proportion of them children-died in one of Africa's first post-independence wars, but that until it happened the world thought Nigeria was immune from the wasting disease of tribalism.

It certainly was not because the Biafran War is still the most expansive tribal conflagration that the continent has experienced-barring perhaps the ongoing Great Lakes conflict-involving the forces of East and West, only this time, with the British siding with the Soviets.

Worse, some of the religious differences that emerged before and after that dreadful carnage are still with us today. During the course of hostilities that lasted almost four years, a lot of other shortcomings surfaced in Africa's most populous nation, including the kind of corruption that, until then, had always been linked to countries rich in oil.

Disunity, incompetence and instability-from which Nigeria never really recovered-also emerged. Two bloody army coups followed after the rebels capitulated, together with an appalling series of massacres, mostly of southern Christians by Muslim northerners. Half a century later the slaughter continues.

Al J. Venter is a specialist military writer and has had 50 books published. He started his career with Geneva’s Interavia Group, then owners of International Defence Review, to cover military developments in the Middle East and Africa.

Venter has been writing on these and related issues such as guerrilla warfare, insurgency, the Middle East and conflict in general for half a century. He was involved with Jane's Information Group for more than 30 years and was a stringer for the BBC, NBC News (New York) as well as London's Daily Express and Sunday Express. He branched into television work in the early 1980s and produced more than 100 documentaries, many of which were internationally flighted.

His one-hour film, Africa's Killing Fields (on the Ugandan civil war), was shown nationwide in the United States on the PBS network. Other films include an hour-long programme on the fifth anniversary of the Soviet invasion of Afghanistan, as well as AIDS: The African Connection, nominated for China's Pink Magnolia Award. His last major book was Portugal's Guerrilla Wars in Africa, nominated in 2013 for New York's Arthur Goodzeit military history book award. It has gone into three editions, including translation into Portuguese.

Be the first to review Biafra Genocide.