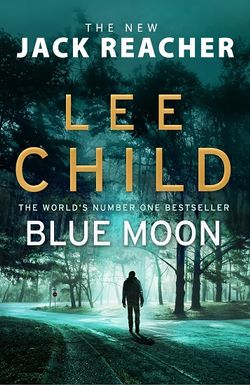 Once in a blue moon, things turn out just right- the new Jack Reacher, the thriller hero we can't get enough of.

Jack Reacher is back in a brand new white-knuckle read from Lee Child, creator of 'today's James Bond, a thriller hero we can't get enough of' (Ken Follett).

In a nameless city, two ruthless rival criminal gangs, one Albanian, the other Ukrainian, are competing for control. But they hadn't counted on Jack Reacher arriving on their patch.

Reacher is trained to notice things. He's on a Greyhound bus, watching an elderly man sleeping in his seat, with a fat envelope of cash hanging out of his pocket. Another passenger is watching too...obviously hoping to get rich quick.

As the mugger makes his move, Reacher steps in. The old man is grateful, yet he turns down Reacher's offer to help him home. He's vulnerable, scared, and clearly in big, big trouble.

What hold could the gangs possibly have on the old guy? Will Reacher sit back and let bad things happen? Or can he twist the situation to everyone's benefit?

'This is a random universe,' he says. 'Once in a blue moon things turn out just right.'

The odds are better with Reacher involved. That's for damn sure. 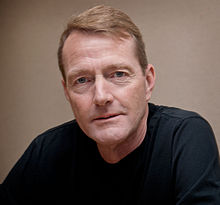 Lee Child was born in 1954 in Coventry, England, but spent his formative years in the nearby city of Birmingham. By coincidence he won a scholarship to the same high school that JRR Tolkien had attended.

He went to law school in Sheffield, England, and after part-time work in the theatre he joined Granada Television in Manchester for what turned out to be an eighteen-year career as a presentation director during British TV's "golden age." During his tenure his company made Brideshead Revisited, The Jewel in the Crown, Prime Suspect, and Cracker.

But he was fired in 1995 at the age of 40 as a result of corporate restructuring. Always a voracious reader, he decided to see an opportunity where others might have seen a crisis and bought six dollars' worth of paper and pencils and sat down to write a book, Killing Floor, the first in the Jack Reacher series. Killing Floor was an immediate success and launched the series which has grown in sales and impact with every new instalment.

Lee has three homes - an apartment in Manhattan, a country house in the south of France, and whatever air-plane cabin he happens to be in while travelling between the two. In the US he drives a supercharged Jaguar, which was built in Jaguar's Browns Lane plant, thirty yards from the hospital in which he was born.

Lee spends his spare time reading, listening to music, and watching the Yankees, Aston Villa, or Marseilles soccer. He is married with a grown-up daughter. He is tall and slim, despite an appalling diet and a refusal to exercise. 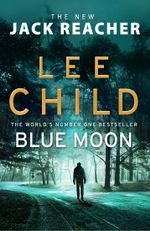