From Born To Run to Born In The USA

Prev Showing 1 of 8Next

Gahr’s earliest photographs of the musician showcase a youthful Springsteen, not even aged twenty-three, in Asbury Park, New Jersey, on the eve of a career breakthrough. Gahr befriended the rising star, and over a span of approximately ten years he photographed Springsteen, both on- and offstage.

Rare captures include Springsteen recording music, performing at the cramped venue Bottom Line weeks before the release of his seminal 1975 album Born to Run, and playing to legions of fans during his Born in the USA tour.

He was one of the pre-eminent photographers of American folk, blues, jazz and rock musicians of the 1960s and beyond. 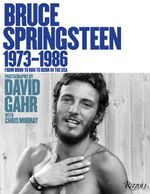 Rock & Pop music Photographs: portraits Music For Music Lovers
Hold on while we process your request.