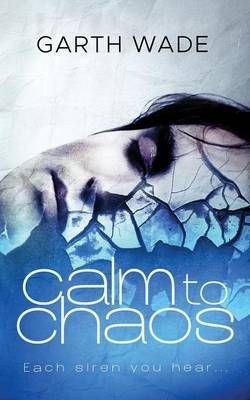 Syd Worthington is a student paramedic in Brisbane who is not only having difficulties with the studies involved with his new job, but tonight, is also forced to adapt to some freshly exposed personal troubles. His girlfriend Amber, is a nurse who is always on the look-out for herself and whose strange behaviour is increasing. Syd's partner and mentor Cameron, is a kind Scotsman who has a priority for making sure his student's competency is as in check as their mental health.

Syd will witness and learn from the turbulent lives of tonight's patients about love, approval, rejection and loss, all while he endeavours to keep them in a better condition that what he found them in.

Syd's first patient; a handsome Argentinean, is almost as concerned his girlfriend may be seeing someone else as he is about his own open leg fracture. Later, Syd experiences the deep emotion of an on-scene family member who has just witnessed the stabbing of a State Parliament assistant. Soon after, a teenage girl who can't control her breathing is taken care of quickly, while her mother is found to be in more need of help due to her mental state. The night presses on, and Syd treats a woman, once addicted to her work lifestyle, now lonely and depressed, who needs assistance for something much more serious than her sadness. And as the sun rises, Syd helps an elderly patient whose heart isn't pumping as it's supposed to, and is shown the answers to some important questions that he doesn't even ask...

Tonight's shift may teach him how to calm his own torment, but it may also send him on a downward spiral of confusion and chaos.

Be the first to review Calm to Chaos.