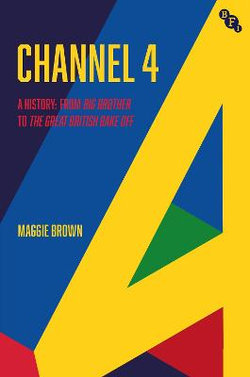 A History: from Big Brother to the Great British Bake Off

This book covers a dramatic decade in the fortunes of Britain's quirkiest broadcaster. It opens in 2009, with the realisation that Channel 4's biggest money spinner, Big Brother, had become a toxic asset and would have to be discarded, at the same time as advertising revenues were shrinking in the wake of the 2008 financial crash.
The channel's attempts to find a replacement revenue source for its landmark reality show included an abortive sales partnership with Sky and an ill-fated plan to diversify into commercial radio. But it was the launch of a bespoke catch up service, 4OD, ahead of its competitors, accompanied with a major focus on gathering audience data and developing targeted advertising, that proved the visionary move, allowing Channel 4 to lessen its dependency on traditional thirty second adverts.
Maggie Brown's compelling narrative, which draws on interviews with key players in Channel 4's story and unique access to the broadcaster's archives, takes us inside the boardroom battles, changes in senior management and commissioning teams, interventions by the media regulator Ofcom, and the channel's response to a rapidly-changing media and political landscape.
Brown describes how the channel, under its new chief executive David Abraham, successfully fought off the threat of privatisation, which became a reality after the Conservatives' general election victory in 2015. The price for remaining publicly funded was a substantial relocation of Channel 4's operations, with Leeds announced in 2018 as a new 'regional hub'.
The Channel 4 story is also one of ambitious and innovative programming, with a new director of content, Jay Hunt, instigating radical changes in commissioning and scheduling. Brown traces programming hits and losses during this period, with the departure to competitors of celebrity chefs, Black Mirror and Charlie Brooker, horse racing and Formula 1, and a reappraisal of the remit of institutions such as Channel 4 News and Film 4. But there were successes too, with the 2012 Paralympics helping to restore a public service sheen, and new programmes such as Gogglebox in 2013 connecting with younger audiences, and, in 2016, the coup of taking The Great British Bake Off from its home at the BBC.

Be the first to review Channel 4.