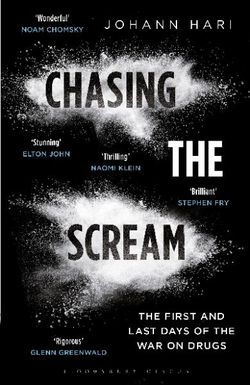 The First and Last Days of the War on Drugs

This shocking account of the War on Drugs and the alternatives to it is 'superb journalism and thrilling story-telling' - Naomi Klein, author of No LogoTHE NEW YORK TIMES BESTSELLER

Johann Hari is the New York Times bestselling author of Chasing the Scream. He was a columnist for the Independent in London for nine years and was twice named Newspaper Journalist of the Year by Amnesty International UK.

He has written for the New York Times, the Los Angeles Times, the Guardian, Le Monde, Slate, the New Republic and the Nation.

He has been awarded the Comment Award for Cultural Commentator of the Year by Editorial Intelligence, and has been named Journalist of the Year by Stonewall. Hari lives in London.

Be the first to review Chasing the Scream.