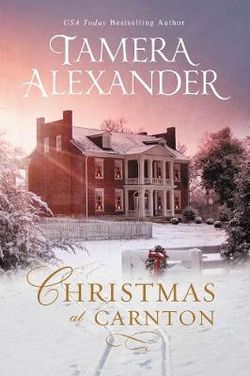 Amid the shadow of war, the fading dream of the Confederacy, and the faith of a child, a former soldier and a destitute woman discover the true meaning of Christmas and a most unanticipated friendship-and love.

Jake Winston, a revered Confederate sharpshooter, has suffered a head wound at the Battle of Chickamauga. His injuries may or may not result in blindness, which for Jake, would mean losing not just his greatest skill but his identity. As he waits to learn his fate, he observes and captures the bruising realities of war around him in his sketchbook and his journal, which become a lifeline for him.

When ordered to assist with a local Ladies Aid Society Christmas Auction, Jake respectfully objects, but orders are orders. As he is preparing for the auction, he meets Aleta Prescott, who has been hired by the Society as a cook. Aleta is struggling to hold life together for herself and for her six-year old son Andrew. Her husband, also has soldier, hasn't been heard from him in several weeks, and Aleta fears the worst.

A friendship develops both between Jake and Aleta and between Jake and Andrew. Aleta and Jake learn that their paths have crossed in other ways that neither of them could have imagined. As they learn the truth about each other, they strive to find hope and build a future together from amidst the ruins of their pasts.

Tamera Alexander is a USA Today bestselling novelist whose works have been awarded and nominated for numerous industry-leading honors, including the Christy Award (two-time winner, seven-time finalist), the RITA Award (two-time winner, four-time finalist), the Carol Award, the Maggie Award, the Booksellers Best Award, and Library Journal's top distinction, among others.

After seventeen years in Colorado, Tamera and her husband now reside in Nashville, Tennessee, where they live a short distance from Belmont Mansion and Belle Meade Plantation, the setting of Tamera's two USA Today bestselling Southern series.

Be the first to review Christmas at Carnton.