The Man behind the Cannes Film Festival

A charming autobiography from the president of the Cannes Film Festival.

Gilles Jacob was born in Paris in 1930. Renowned film critic and enthusiast, he was elected general delegate in 1978, and President of the prestigious Cannes Film Festival in 2000.

Be the first to review Citizen Cannes. 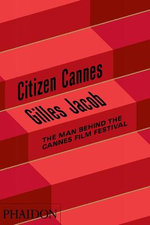