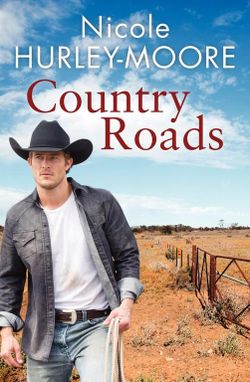 Will Bec succumb to Matt's charms?

The compelling story of a grief-stricken man reeling from tragedy and a hard-working female farmer dealing with betrayal who may just find love and healing with each other.

Rebecca Duprey is working day and night to keep the family sheep station, Bluestone Ridge, afloat. But Bec's father, who's been in a wheelchair since a farming mishap, keeps second-guessing her decisions. Now, to add Bec's woes, her unfaithful ex-boyfriend has started lurking around, and the adjoining farm she'd hoped to buy has been snapped up by a guy from the city called Matt Harvey.

After leaving his job in advertising, Matt became a bestselling novelist. But since the death of his fiancee in a car accident, he's had severe writer's block and is desperately hoping his move to the country will help him deal with his grief and allow him to focus on completing his next book. Problem is, he seems to have started off on the wrong foot with his new neighbour, Bec Duprey.

Bec isn't quite sure when she started feeling attracted to Matt, but she's determined not to succumb to his charms. And Matt isn't sure when his feelings changed about Bec; all he knows is he can't get her out of his mind. Can Bec and Matt overcome their fear of loss to find love and happiness with each other...?

Nicole Hurley-Moore grew up in Melbourne and has travelled extensively, whilst living her life through the romance of books.

Her first passion in life has always been her family, but since doing her BA Honours in Medieval Literature, she has devoted her time to writing historical romance. Nicole is a full time writer who lives in the Central Highlands of Victoria with her family, where they live in the peaceful surrounds of a semi-rural town.

She is the author of the immensely popular novels McKellan's Run, Hartley's Grange, Country Roads and White Gum Creek.

Be the first to review Country Roads.