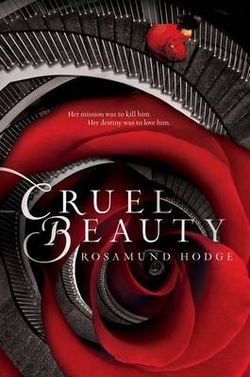 If you're excited about the upcoming Disney film Beauty and the Beast, starring Emma Watson, don't miss Cruel Beauty.

The romance of Beauty and the Beast meets the adventure of Graceling in this dazzling fantasy novel about our deepest desires and their power to change our destiny.

Perfect for fans of bestselling An Ember in the Ashes and A Court of Thorns and Roses, this gorgeously written debut infuses the classic fairy tale with glittering magic, a feisty heroine, and a romance sure to take your breath away.

Betrothed to the evil ruler of her kingdom, Nyx has always known that her fate was to marry him, kill him, and free her people from his tyranny. But on her seventeenth birthday when she moves into his castle high on the kingdom's mountaintop, nothing is what she expected-particularly her charming and beguiling new husband. Nyx knows she must save her homeland at all costs, yet she can't resist the pull of her sworn enemy-who's gotten in her way by stealing her heart.