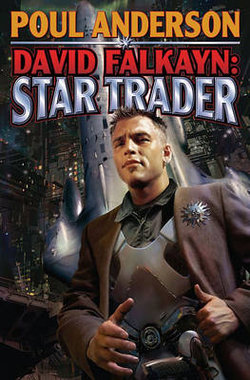 by Poul Anderson
Hardback
Publication Date: 06/01/2009
Be the first to write a review
Tweet

The Polesotechnic League of star traders was prospering, and Nicholas Van Rijn, its most flamboyant member, was prospering most of all as commerce flowed between the stars. But not all League members played fair when trading, nor did some of the non-human races of the galaxy object to dirty tricks. Van Rijn could not be everywhere, and relied on his representatives, foremost among them his young protege, David Falkayn, and the members of David's trader team: Adzel, a large dragon-like being who practiced Buddhism, and Chee-Lan, a brilliant but hot-tempered felinesque extraterrestrial. This is the second volume in the first complete edition of Poul Anderson's "Technic Civilization" saga. And, after the three volumes chronicling the Polesotechnic League's rise and fall will come more volumes, telling of the rise of the Terran Empire and the adventures of Poul Anderson's other legendary character, Captain Sir Dominic Flandry.

Be the first to review David Falkayn: Star Trader.