It was meant to be a harmless stag-night prank.

A few hours later Michael Harrison has disappeared and his friends are dead. With only three days to the wedding,

Detective Superintendent Roy Grace--a man haunted by the shadow of his own missing wife--is contacted by Michael's beautiful, distraught fiancee, Ashley Harper. Grace discovers that the one man who ought to know Michael Harrison's whereabouts is saying nothing.

But then he has a lot more to gain than anyone realizes, for one man's disaster is another man's fortune.

Be the first to review Dead Simple: a Roy Grace Novel 1. 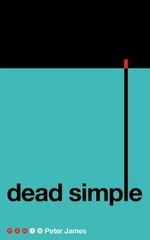 Crime & Mystery Thriller / suspense Contemporary fiction
Hold on while we process your request.