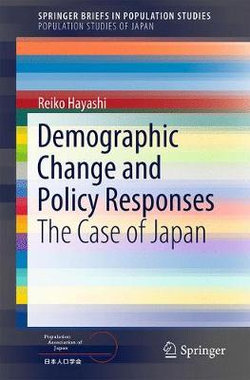 The Case of Japan

This book explores how people have perceived and acted on the changes in four different population components, namely, fertility, mortality, and mobility, through the creation and development of Modern Japan to the present day. With the highest life expectancy in the world; the highest proportion of the elderly; very low fertility, below the replacement level; and a limited number of international migrants, Japan's population indicators are unique. Around 2008, the population of the archipelago started to decrease at the same pace as it had previously increased. To understand this phenomenon, it is necessary to look back in history and examine the facts and ideas that shaped the Japanese population. From the Meiji to the Heisei eras (1868-present), substantial changes occurred not only in the numbers but also in the perception and norms that people take for granted. These changes are traced, side by side, through the chapters on fertility control, health and population ageing, urbanization and internal migration, international migration, and international cooperation in the field of population and development. The book illustrates not the uniqueness that isolates Japan from the rest of the world, but the reality of a population that has faced one situation at a time, offering readers a perspective for understanding human society at large.

Be the first to review Demographic Change and Policy Responses.