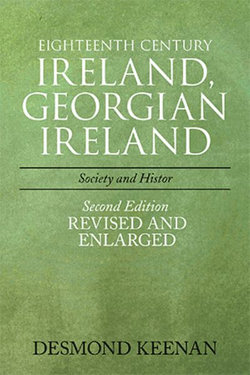 The 18th century tended to be neglected by Irish historians in the 20th century. Irish achievements in the 18th century were largely those of Protestants, so Catholics tended to disregard them. Catholic historians concentrated on the grievances of the Catholics and exaggerated them. The Penal Laws against Catholics were stressed regardless of the fact that most of them affected only a small number of rich Catholics, the Catholic landowners who had sufficient wealth to raise a regiment of infantry to fight for the Catholic Stuart pretenders. The practice of the Catholic religion was not made illegal. Catholic priests could live openly and have their own chapels and mass-houses. As was the law at the time, the ordinary workers, Catholic or Protestant, had no vote, and so were ignored by the political classes. Nor had they any ambitions in the direction of taking control of the state. If they had local grievances, and in many places they had, especially with regard to rents and tithes, they dealt with them locally, and often brutally, but they were not trying to overthrow the Government. If some of them looked for a French invasion it was in the hope that the French would bring guns and powder to assist them in their local disputes. It is a peculiarity, as yet unexplained, that most of the Catholic working classes, by the end of the century, had names that reflected their ancestry as minor local chiefs. The question remains where did the descendants of the former workers, the villeins and betaghs go? The answer seems to be that in times of war and famine the members of even the smallest chiefly family stood a better chance of surviving. This would explain the long-standing grievance of the Catholic peasants that they were unjustly deprived of their land. We will perhaps never know the answer to this question. Penal Laws against religious minorities were the norm in Europe. The religion of the state was decided by the king according to the adage cuius regio eius religio (each king decides the state religion for his own kingdom). At the end of the 17th century, the Catholic landowners fought hard for the Catholic James II. But in the 18th century they lost interest and preferred to come to terms with the actually reigning monarch, and became Protestants to retain their lands and influence. Unlike in Scotland, support for the Catholic Stuarts remained minimal. Nor was there any attempt to establish in independent kingdom or republic. When such an attempt was made at the very end of the century it was led by Protestant gentlemen in imitation of their American cousins. Ireland in the 18th century was not ruled by a foreign elite like the British raj in India. It was an aristocratic society, like all the other European societies at the time. Some of these were descendants of Gaelic chiefs; some were descendants of those who had received grants of confiscated land; some were descendants of the moneylenders who had lent money to improvident Gaelic chiefs. Together these formed the ruling aristocracy who controlled Parliament and made the Irish laws, controlled the army, the judiciary and the executive. Access to this elite was open to any gentleman who was willing to take the oath of allegiance and conform to the state church, the Established Church but not the nonconformists. British kings did not occupy Ireland and impose foreign rule. Ireland had her own Government and elected Parliament. By a decree of King John in the 12th century, the Lordship of Ireland was annexed to the person of the king of England. When not present in Ireland in person, and he rarely was, his powers were exercised by a Lord Lieutenant to whom considerable executive power was given. He presided over the Irish Privy Council which drew up the legislation to be presented to the Irish Parliament. One restraint was imposed on the Irish Parliament. By Poynings' Law it was not allowed to pass legislation that infringed on the rights of the king or his English Priv

Be the first to review Eighteenth Century Ireland.