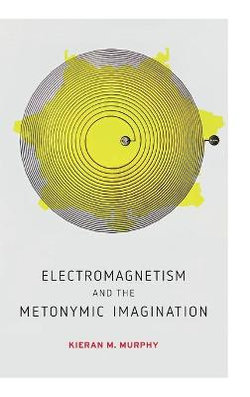 Electromagnetism and the Metonymic Imagination

How does the imagination work? How can it lead to both reverie and scientific insight? In this book, Kieran M. Murphy sheds new light on these perennial questions by showing how they have been closely tied to the history of electromagnetism.

The discovery in 1820 of a mysterious relationship between electricity and magnetism led not only to technological inventions-such as the dynamo and telegraph, which ushered in the "electric age"-but also to a profound reconceptualization of nature and the role the imagination plays in it. From the literary experiments of Edgar Allan Poe, Honoré de Balzac, Villiers de l'Isle-Adam, and André Breton to the creative leaps of Michael Faraday and Albert Einstein, Murphy illuminates how electromagnetism legitimized imaginative modes of reasoning based on a more acute sense of interconnection and a renewed interest in how metonymic relations could reveal the order of things.

Murphy organizes his study around real and imagined electromagnetic devices, ranging from Faraday's world-changing induction experiment to new types of chains and automata, in order to demonstrate how they provided a material foundation for rethinking the nature of difference and relation in physical and metaphysical explorations of the world, human relationships, language, and binaries such as life and death. This overlooked exchange between science and literature brings a fresh perspective to the critical debates that shaped the nineteenth century.

Extensively researched and convincingly argued, this pathbreaking book addresses a significant lacuna in modern literary criticism and deepens our understanding of both the history of literature and the history of scientific thinking.

Be the first to review Electromagnetism and the Metonymic Imagination.

Electromagnetism and the Metonymic Imagination