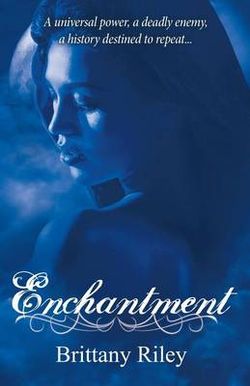 Elise Dawson has led a sheltered life, home-schooled and protected by her parents from the suspicious eyes of the world. Like thousands of others, the Dawsons are the descendants of the UndeAdlic Acolitus, or Immortal Lightbearers--a subspecies of faerie with only one enemy: the banshees, a vicious version of the Lightbearers. Elise has no idea that she is the descendant of the first water elemental, Lennox Henderson, and that she has the ability to control all water sources on earth.

When the truth is finally revealed, Elise flees her London home and escapes to a town called Menithwood, where she is to remain hidden from vengeful enemies. Being a faerie is not an easy transition; she must either learn to control her power or watch as it destroys everything she loves. But when she meets Christian Vanderbilt, a kind yet dangerous banshee, he changes her life in ways she couldn't have imagined. As her enemies increase and rumours of her existence spread, Elise is forced to defend both her secret and her life. Only time will tell if she'll fulfil her treacherous fate as an elemental in a declaration of war against the banshees.

In this fantasy novel, a young woman discovers her true identity and must choose between her destiny as an elemental and the newfound love of someone who should be her enemy.

Be the first to review Enchantment. 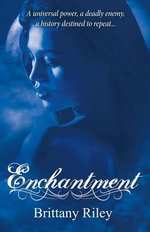