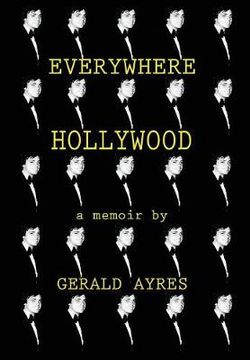 A Memoir by Gerald Ayres

"What should I do? This guy says he wants me to work for him but I can't get him on the phone. "He's in Bangkok with Richard Brooks." "I understand but he didn't say when he's -" "You want my advice? Go on. Get out of here. Go to Hollywood." I went to Hollywood.

Thus I became the assistant to the new flamboyant studio chief of Columbia Pictures and stepped onto the merry-go-round of serendipity and chance. I was forced to learn on the job. The men and women who taught and mentored me were among the greats who created the town and now were making their last. My peers were beginning what came to be called Hollywood's Second Golden Age, the mid-sixties.
In five years the studio boss stormed out the door and by serendipity if not ambition I was put in his place at age 29. Some great films were made in those five years. But I didn't want the job. I wanted to become one of the Young Lions who were taking over the industry. I struck out on my own to produce the seminal films Cisco Pike and The Last Detail. I evolved into writing as well as producing my films, such as Rich and Famous and Foxes. Over the next three decades my livelihood would be derived mostly as a writer, film and television. Throughout this roller coaster of a creative life journey I shared love with the most unexpected persons. Experienced loss, discovered spirituality and most importantly discovered myself. Always there was the one constant Everywhere Hollywood.

Be the first to review Everywhere Hollywood.