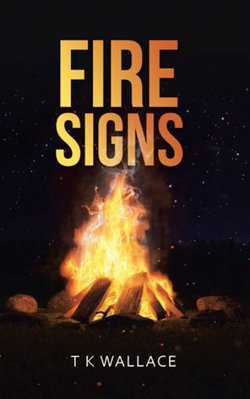 Shared in three parts, T K Wallace's latest volume of short stories and other writings offers a window into the lives of both familiar and new characters facing different challenges and life experiences.

Wallace begins with the story of a shipwrecked couple who washes ashore on a Caribbean island already owned and inhabited by a family. There is a ghost story that explores the murderous details surrounding the demise of Conrad Aiken's parents in Savannah, and a music video shoot script penned for the song, Thunder Road.

In the middle section Wallace shares the pilot episode which reveals an idea of how to use genies and wishes to improve humankind. Then a rock and roll romantic comedy about curiously unknown and questionable parentage And the story of two psychoanalysts intent on fulfilling their continuing medical education accreditation.

Be the first to review Fire Signs.