A History : From Gaul to de Gaulle

I can still feel, as if it were yesterday, the excitement of my first Channel crossing (as a child of nearly 7) in September 1936; the regiment of porters, smelling asphyxiatingly of garlic in their blue-green blousons; the raucous sound all around me of spoken French; the immense fields of Normandy strangely devoid of hedges; then the Gare du Nord at twilight, the policemen with their kepis and their little snow-white batons; and my first sight of the Eiffel Tower...

This book is written in the belief that the average English-speaking man or woman has remarkably little knowledge of French history. We may know a bit about Napoleon or Joan of Arc or Louis XIV, but for most of us that's about it. In my own three schools we were taught only about the battles we won: Crecy and Poitiers, Agincourt and Waterloo. The rest was silence. So here is my attempt to fill in the blanks...

John Julius Norwich (at 88) has finally written the book he always wanted to write, the extremely colourful story of the country he loves best.

From frowning Roman generals and belligerent Gallic chieftains, to Charlemagne (hated by generations of French children taught that he invented schools) through Marie Antoinette and the storming of the Bastille to Vichy, the Resistance and beyond, France is packed with heroes and villains, adventures and battles, romance and revolution. Full of memorable stories and racy anecdotes, this is the perfect introduction to the country that has inspired the rest of the world to live, dress, eat and love better. 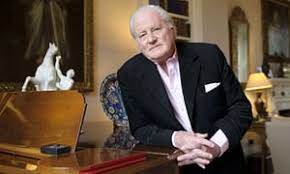 John Julius Norwich was born in 1929. He was educated at Upper Canada College, Toronto, at Eton, at the University of Strasbourg and, after a spell of National Service in the Navy, at New College, Oxford, where he took a degree in French and Russian

. In 1952 he joined the Foreign Service, where he remained for twelve years, serving at the embassies in Belgrade and Beirut and with the British Delegation to the Disarmament Conference at Geneva. In 1964 he resigned from the service in order to write.

His many and varied publications include two books on the medieval Norman Kingdom in Sicily, The Normans in the South and The Kingdom in the Sun, which are published by Penguin in one volume entitled The Normans in Sicily; two travel books, Mount Athos (with Reresby Sitwell) and Sahara; The Architecture of Southern England; Glyndebourne; two anthologies of poetry and prose, Christmas Crackers and More Christmas Crackers; and A History of Venice, originally published in two volumes. He is also the author of a three-volume history of the Byzantine Empire: Byzantium: The Early Centuries, Byzantium: The Apogee and Byzantium: The Decline and Fall. Many of his books are published by Penguin. In addition he has written and presented some thirty historical documentaries for television, and is a regular lecturer on Venice and numerous other subjects.

Lord Norwich was chairman of the Venice in Peril Fund, Co-chairman of the World Monuments Fund and a former member of the Executive Committee of the National Trust. He was a Fellow of the Royal Society of Literature, the Royal Geographical Society and the Society of Antiquaries, and a Commendatore of the Ordine al Merito della Repubblica Italiana. He was made a CVO in 1993. He passed away in June 2018.