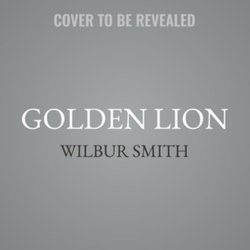 A Novel of Heroes in a Time of War

In this sweeping adventure full of danger, action, and intrigue, the master who has been the model for bestselling authors such as Clive Cussler and Bernard Cornwell returns to his longest-running series, taking fans back to the very beginnings of the Courtney family saga.

The son pirate and merchant Sir Frances Courtney, Henry "Hal" Courtney was raised at sea. When war broke out between the English and the Dutch empires, his father, fighting for the English crown, attacked a fleet of Dutch East India Company ships off the coast of Africa. That bravery was met with betrayal, and Sir Francis was executed. His heartbroken son witnessed his death and dedicated his young adulthood to avenging his father's name.

Now, twenty years of war have passed. It is 1784, and a truce has been made between the English and the Dutch, ending the long years of battle on the seas. Hal, too has changed. He has become the captain of his own ship, and is soon to become a father himself. Navigating his crew across the waves of danger, Hal sails his ship, the Golden Bough, from the slave markets of Zanzibar to the pirate-riddled waters of the Indian Ocean in search of fortune and treasure.

But though the war is over, the final battle has not been won. Soon, Hal will learn that the more a man achieves, the more he has to lose ...

Bursting with swashbuckling action and thrilling adventure, this magnificent novel breathes new life into one of Wilbur Smith's most beloved family sagas and confirms his status as our "best historical novelist" (Stephen King).

Wilbur Smith is a global phenomenon: a distinguished author with a large and established readership built up over fifty-five years of writing with sales of over 120 million novels worldwide.

Born in Central Africa in 1933, Wilbur became a full-time writer in 1964 following the success of When the Lion Feeds, and has since published over thirty novels, including the Courtney series, the Ballantyne series, the Egyptian series, the Hector Cross series and many successful standalone novels, all meticulously researched on his numerous expeditions worldwide. His books have now been translated into twenty-six languages.

The establishment of the Wilbur & Niso Smith Foundation in 2015 cemented Wilbur's passion for empowering writers, promoting literacy and advancing adventure writing as a genre. The foundation's flagship programme is the Wilbur Smith Adventure Writing Prize.

Be the first to review Golden Lion.