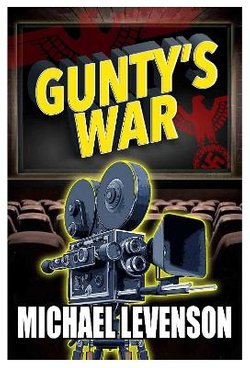 Gunther Conrad comes from humble beginnings in early twentieth century Hamburg. Pursuing his dream, he makes his way as an actor in the world of theatre and then the cinema, during the rise of the Nazis.
After a stint in Hollywood in the heart of the studio system at the advent of sound, Gunty returns to Germany. However, as the Nazis increase their stranglehold on the country, political tensions force him to leave home again and he ends up in Britain at the centre of the show business world.
But Gunty's personal life will tie him to Germany where the ever-encroaching power of the Nazis engulfs his homeland, Europe and then the world in destructive conflict. Meeting important British political figures through his growing status as a star, Gunty is presented with a new opportunity to help banish the Nazis once and for all. He moves back to Hollywood again to make take up a major contract and to make his contribution to the war effort.
Gunty's rags-to-riches story provides a nostalgic look back at the film industry during the Golden Age of Hollywood before anti-trust legislation and television presented a dual threat to the established studio system. He mixes with many of the greats of the time from the star actors to the moguls in charge of the film business who ran the big studios with a rod of iron.
Set against the backdrop of changing political, social and cultural times in the first half of the twentieth century, Gunty's War will give readers a picture of life in the inter-war years, including the cosmopolitan culture of 1920s Berlin, the pre-war society in London and life in Los Angeles during Hollywood's heyday when for so many people in the United States and around the world, going to the cinema was an essential part of their weekly lives.

Be the first to review Gunty's War.