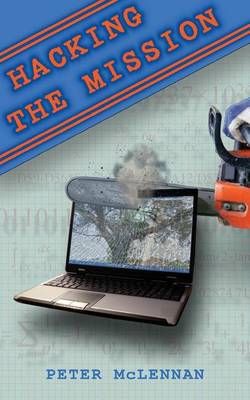 by Peter McLennan
Paperback
Publication Date: 13/02/2016
Be the first to write a review
Tweet

Fourteen-year-old Jason can't say no when Emma from school asks for his help to stop a logging company. But Jason's behaviour takes a turn for the worse after he receives some bad news, and he gets into a serious clash with the loggers. Curiously, the loggers don't react as expected.

Things get even stranger when weird computer glitches suggest the loggers are up to something. Using his computer smarts, Jason starts to investigate but it isn't long before he runs into technical difficulties.

Luckily that mightn't matter because Emma's father has discovered something that brings the logging to a halt. But when Jason gets computer help from a surprising source, he makes a shocking discovery of his own that makes him wonder whether he should stay on Emma's side or quit the fight altogether. Unfortunately, getting the evidence he needs will require more bad behaviour.

Be the first to review Hacking the Mission.