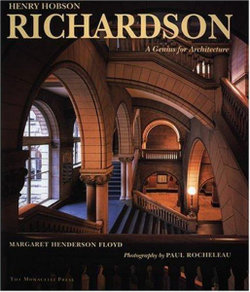 Constructed over a century ago, the buildings of Henry Hobson Richardson (1838-1886), America's leading architect at the end of the nineteenth century, brought international acclaim to American architecture. During his twenty-one-year career, Richardson drew inspiration from many wellsprings of medievalism, thus placing his work within the Arts and Crafts tradition. His architecture came to be recognized as quintessentially American, and it inspired and greatly influenced the work of others who followed him, most notably Louis Sullivan and Frank Lloyd Wright. Richardson's powerful, unified structures -- in which vernacular, provincial, and primitive sources fuse with an elemental consciousness of natural environment and regional landscape -- expressed the spirit of his own era yet transcended time, and today still stand as an inimitable bridge between the past and the future. This unparalleled publication pairs the research of a renowned architectural historian and the vision of an exceptional architectural photographer, producing the first full-color critical review of this important architect's work. Margaret Henderson Floyd illuminates new and surprising aspects of Richardson's remarkable story, placing his buildings within the architectural ambience of nineteenth-century England and New England, while Paul Rocheleau has photographed most of the significant extant buildings to create a volume as important visually as it is textually. The stunning photographs of Richardson's work -- over two hundred and all in color -- are supplemented with archival photographs and drawings.

Be the first to review Henry Hobson Richardson. 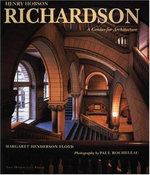 Individual architects & architectural firms Architecture History of architecture
Hold on while we process your request.