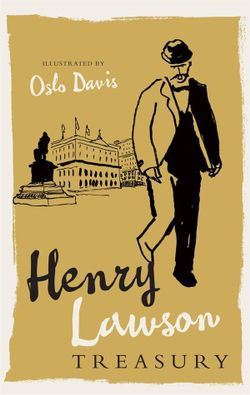 by Henry Lawson and Oslo Davis

A treasury of classic verse and short stories from one of Australia's most important and best loved writers, Henry Lawson. Includes 'The Loaded Dog', 'The Drover's Wife' and 'Up the Country' plus many more.

Henry Lawson is one of Australia's most famous writers. He was born in 1867 in Grenfell in New South Wales and wrote many of his most important works about life in the Australian bush in the late-1800s.

Known as the 'Poet of the People', Henry Lawson's writing captured the hardships and everyday lives of ordinary Australians in the time before Federation and after the gold rushes.

Lawson's stories and poems are full of the drama and often absurd humour that characterised life in the Australian outback in the early years of our nation.

This beautifull illustrated collection captures the essence of Henry Lawson's best loved stories and poems, while also introducing readers to some of his lesser known works.

Henry Lawson was born in Grenfell, NSW, in 1867. At 14 he became totally deaf, an affliction which many have suggested rendered his world all the more vivid and subsequently enlivened his later writing.

After a stint of coach painting, he edited a periodical, The Republican, and began writing verse and short stories. His first work of short fiction appeared in the Bulletin in 1888.

He travelled and wrote short fiction and poetry throughout his life and published numerous collections of both even as his marriage collapsed and he descended into poverty and mental illness. He died in 1922, leaving his wife and two children.

Be the first to review Henry Lawson Treasury. 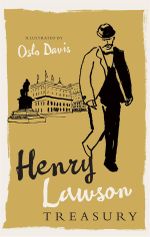 by Henry Lawson and Oslo Davis