Be the first to write a review
Tweet
$63.75
This item qualifies for FREE delivery
To be a successful soldier you must know history. . . . What you must know is how man reacts. Weapons change but man who uses them changes not at all. To win battles you do not beat weapons??????you beat the soul of man of the enemy man. ??????General George S. Patton, Jr. George S. Patton, Jr., born into an affluent California family in 1885, knew in early youth that his future lay in the military past of his ancestors. After graduating from West Point and placing 5th in the 1912 Olympics pentathlon, he became military aide to General Pershing during the Mexican Expedition, served as Tank Corps captain in World War I, and went on to lead Allied armies to stunning victories during the Second World War. Promoted to 4-star general by war's end, he was acknowledged our best general by America's vanquished enemies and acclaimed by Americans as a hero. From his earliest days hunting and fishing in the California outback to his ironic death in an automobile accident at war's end in Germany, Historic Photos of General George Patton captures the greatest exploits of one of the nation's greatest combat generals. Patton's life in pictures blazes a trail sure to enthrall every reader, from the student of history to the history buff. Patton became and remains an American icon. The hundreds of photographs in Historic Photos of General George Patton, all of them commanding the reader to attention and many of them riveting it, help Americans more than sixty years after the end of Patton's last war to understand why.

Be the first to review Historic Photos of General George Patton. 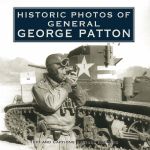 Warfare & defence Military history Photography & photographs
Hold on while we process your request.