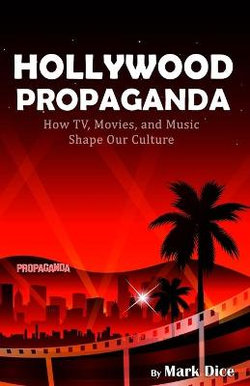 How TV, Movies, and Music Shape Our Culture

by Mark Dice
Paperback
Publication Date: 04/10/2020
Be the first to write a review
Tweet

Films and television shows aren't just entertainment. They are powerful vehicles that influence social and political trends, ultimately shaping the very fabric of our culture. Because of this potential, there are various agencies which work behind the scenes in Hollywood to harness these forces for their own aims or those of their clients. Few people outside the industry are aware that such agencies exist and are hired by advocacy groups to lobby studios, writers, and producers in order to get their ideas inserted into plots of popular works.

These Hollywood lobbyists have been instrumental in successfully paving the path for same-sex marriage to become legal, destigmatizing abortion, encouraging mass immigration, and sounding the alarm about climate change; all under the cloak of mere "entertainment."

More recently we've seen these same powers levied against President Trump, his supporters, and used to demonize "white privilege" as an invisible enemy that's supposedly around every corner.

Even sports and late-night comedy shows are employed for political causes, violating the once unwritten cardinal rules of their industries. In this groundbreaking work, media analyst Mark Dice details the true power of entertainment and proves how it is being used to wage a psychological war against the world.

Be the first to review Hollywood Propaganda.