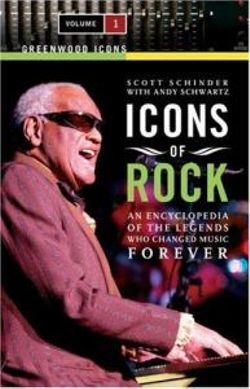 An Encyclopedia of the Legends Who Changed Music Forever

by Scott Schinder and Andy Schwartz

More than half a century after the birth of rock, the musical genre that began as a rebellious underground phenomenon is now acknowledged as America's-and the world's-most popular and influential musical medium, as well as the soundtrack to several generations' worth of history. From Ray Charles to Joni Mitchell to Nirvana, rock music has been an undeniable force in both reflecting and shaping our cultural landscape. Icons of Rock offers a vivid overview of rock's pervasive role in contemporary society by profiling the lives and work of the music's most legendary artists.

Most rock histories, by virtue of their all-encompassing scope, are unable to cover the lives and work of individual artists in depth, or to place those artists in a broader context. This two-volume set, by contrast, provides extensive biographies of the 24 greatest rock n' rollers of all time, examining their influences, innovations, and impact in a critical and historical perspective. Entries inside this unique reference explore the issues, trends, and movements that defined the cultural and social climate of the artists' music. Sidebars spotlight the many iconic elements associated with rock, such as rock festivals, protest songs, and the British Invasion. Providing a wealth of information on the icons, culture, and mythology of America's most beloved music, this biographical encyclopedia will serve as an invaluable resource for students and music fans alike.

Be the first to review Icons of Rock [2 volumes]. 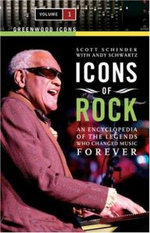 by Scott Schinder and Andy Schwartz