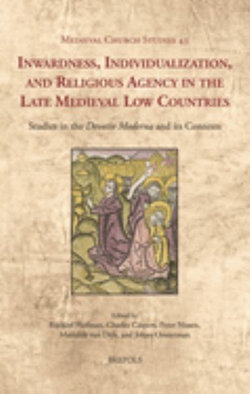 The 'Devotio Moderna' and Its Contexts

Recent scholarship on the Middle Ages has highlighted the importance of individualistic tendencies in devotion in both the lay world and religious communities. This interaction between individualization and religious agency has been scrutinized in numerous studies, focusing on the beginnings during the so-called 'Twelfth-Century Renaissance', and further development in the later medieval and early modern periods. However, there has hitherto been relatively little scholarship on the phenomenon in the Devotio Moderna: the flourishing of more personalized forms of devotion in north-western Europe during the later Middle Ages. The essays in this volume redress this gap by exploring the processes of inwardness and the emergent individualization of religious practices in the late medieval Low Countries. The essays explore issues including the early impact of the printing press on devotion; meditational aids such as identification with Christ, prayer cycles, practices of remembrance, and devout songs; and the tension between inner devotion and the ideal of communal piety in male and female religious communities. They also discuss some leading individuals of the Devotio movement. By addressing the Devotio Moderna and its contexts - the emergence of inwardness, individualization, and religious agency in the late medieval Low Countries and surrounding areas - the essays in this volume help to enhance and expand our knowledge of devotion in the late Middle Ages, both in lay circles and in religious communities, and they show the distinct contribution of the Low Countries to the European phenomenon of more personalized forms of devotion.

Be the first to review Inwardness.

by Charles M. A. Caspers, Rijcklof H. F. Hofman,  Peter J. A. Nissen and others