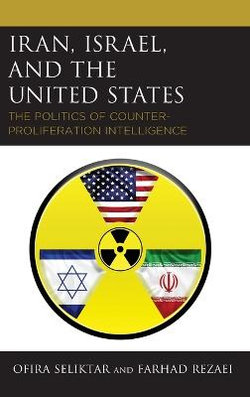 Iran, Israel, and the United States

The Politics of Counter-Proliferation Intelligence

This book analyzes the process of evaluating Iran's nuclear project and the efforts to roll it back, resulting in the 2015 nuclear agreement known as the Joint Comprehensive Plan of Action (JCPA). Despite its aura of scientific exactitude, nuclear intelligence is complex and susceptible to methodological disagreements and political bias at the international oversight level-the International Atomic Energy Agency (IAEA)-and within the countries involved in the rollback project - Israel and the United States.

To highlight both the technological problems of assessing compliance and the politicization, each chapter in the book uses a real-time comparison of the nuclear developments in Iran, and the perception of Israel and the United States. This methodology yielded some significant results. Essentially, two camps had formed in each country; those who were pushing for an agreement with Iran and those who opposed it.
The Israeli intelligence agencies - the Mossad and the Military Intelligence - as well as the highly secretive Israeli Atomic Energy Commission (IAEC) which advised them considered the program to be weak and slow moving. The right-wing government of Benjamin Netanyahu suggested that Iran was steps away from the "point of no return," making it an existential threat to Israel.

A virtually identical split emerged in Washington. While the intelligence community and the advising scientists from the National Nuclear Laboratories, considered Iran progress to be relatively modest, the Republicans and the Israel lobby - the Jewish organizations and the Christian Zionists- warned of the imminent danger of a nuclear Iran.

With the Obama administration pushing for the JCPOA, a fierce debate took place in Congress. The Israeli intelligence and military chiefs led by the Mossad chief Meir Dagan, which had previously blocked Netanyahu from a preemptive action, quietly supported the agreement. In Washington, the Israel lobby, and the Republicans, helped by Netanyahu, mounted an all-out effort to defeat the deal in Congress. The pro-deal coalition fought back by mobilizing the scientific community, military and intelligence officials, the business lobby, and grassroots Democrats.
The JCPOA represents the first successful effort of peaceful counterproliferation. At the same, excessive politicization has clouded its legitimacy and cast doubt about its future.

Be the first to review Iran.

Iran, Israel, and the United States

by Farhad Rezaei and Ofira Seliktar