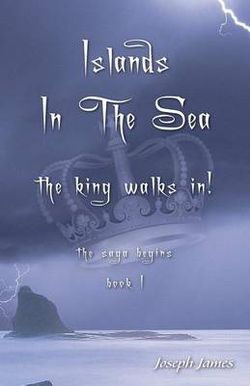 Islands in the Sea

The King Walks In!

Every once in a while, someone is chosen. They aren't the one we would normally choose for the task, but then again we aren't the one choosing, are we? It usually happens in the night and all of a sudden it is too late. We are hanging on the edge and there is only one clear choice to make. Are we ready? It really doesn't matter, time has run out We have to decide, now

Dan goes to sleep as usual, but this is no ordinary night. This night will change his life forever and more importantly, those around him. His choices will affect the lives of everyone he loves. Can he do it? Can he make a difference? Is he up to the challenge? He's just an ordinary man, but now he must be brave, strong and yes, a hero. Did someone say, Hero?

The world is the stage. His business is the launching pad. His relationship with his beautiful art director is not what he expected. His brother knows more than Dan thinks he does. A force in the dark beckons him to succumb to his fear, but another holds the power to succeed. The battle is in his mind, but the war is in the spirit realm. Who is going to win and how will it play out. Join Dan, Susan, John, and Nikki as they get ready for the journey of a lifetime.

Has fear met its match? Can love overcome?

Be the first to review Islands in the Sea.

Islands in the Sea