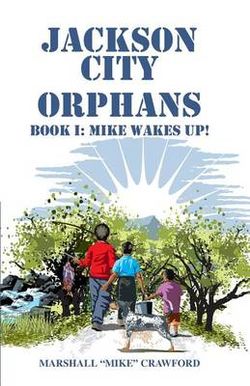 Jackson City Orphans has the narrative elements of the 1930's Little Rascals and the fun, and happiness from the 1974 Sitcom, Good Times. Included in this action-adventure autobiographical novel are the passion, drama, and tragedy of a family caught in the web of deep poverty.

Jackson City Orphans gives us a glimpse into a forgotten bygone era, that should never be forgotten, and provides a bit of missing history in the saga of a black family's plight during segregation in the Old South. Little Mike and the Ashfords persevere against insurmountable odds and extend blessings to future generations This book shows how some black families subsisted in a place flowing with milk and honey, despite the odds against them. The life of the Ashford family are portrayed on the dark backdrop of the cruelties of racism, but tells a different story from that bleak past

The main character, little Mike, will intrigue you to tears and laughter with his mischievous ways, yet brilliance, and maturity. You will be enamored by his shy demeanor, that some interpreted as an indication of an anomaly. You will be amazed as Mike lets you into his head and exposes his spiritual battles, keen insight, and the detailed observation of life that he possessed. You will be mesmerized by how he saw into his future and found a way to actualize his dreams, especially for his children.

Without knowing it, as a little boy, Mike made a prophetic proclamation that would result in all three of his offspring becoming Medical Doctors. That story begins with the tragic, untimely death of Uncle Red Onion, which became a defining moment in the life and the future for little Mike.

Jackson City Orphans is also an excellent read for children and youth between 11 and 18 years of age because it portrays life growing up as a child. Although a different era, it gives poignant examples of common problems that young people of every generation face. It also animates the need for our children to learn to play again in the richness of the great outdoors. Bon appetite ... but hang around for Book II and the rest of the story.

Be the first to review Jackson City Orphans.