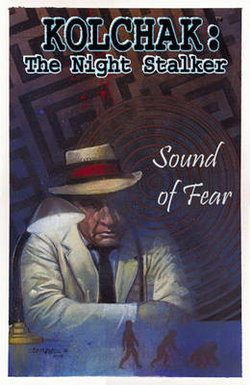 by Joe Gentile and Mark Dawidziak

Before the X-Files, there was Carl Kolchak, TV's first paranormal investigator (played with style and pinache by Darren McGavin)! This volume collects the sold out stories: "Eve of Terror" and "Lambs to the Slaughter". "Eve of Terror" is an adapted/added-to script that was left over from the TV show, but never filmed! Government conspiracies, unexplained deaths, secret scientific experiments, and a modern day miracle, all wrapped up in one 'racing against the clock' tale! "In "Lambs to the Slaughter", Kolchak has to find a series of missing teenagers in the cesspool of downtown Hollywood. What does a wealthy industrialist and his genetic manipulation dreams of having a son have to do with it? And is there a mythical monster lying in wait for these kids, as well as for Kolchak? Against all spine-tingling odds, it's up to Kolchak to find out, and survive long enough to let the truth be known!

Be the first to review Kolchak the Night Stalker: Sound of Fear. 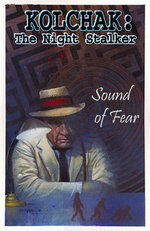 by Joe Gentile and Mark Dawidziak