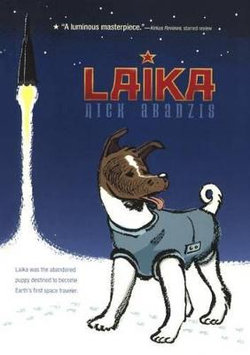 Laika was the abandoned puppy destined to become Earth's first space traveler. This is her journey.
Nick Abadzis masterfully blends fiction and fact in the intertwined stories of three compelling lives. Along with Laika there is Korolev, once a political prisoner and now a driven engineer at the top of the Soviet space program, and Yelena, the lab technician responsible for Laika's health and life. This intense triangle is rendered with the pitch-perfect emotionality of classics like "Because of Winn Dixie," "Shiloh," and "Old Yeller." Abadzis gives life to a pivotal moment in modern history, casting light on the hidden moments of deep humanity behind history. Laika's story will speak straight to your heart.

Nick Abadzis was born in Sweden to Greek and British parents and was brought up in England and Switzerland. He has been writing and drawing comics and graphic novels for all ages for over twenty-five years.

His work has appeared in numerous books, newspapers, magazines and other periodicals around the world and he has been honored with various international storytelling awards, including an Eisner for his 2007 graphic novel, Laika. He also works as a publishing consultant, visual facilitator for corporate business and speaker on visual communication in culture. He lives in Brooklyn, New York, with his wife and daughter.

Be the first to review Laika. 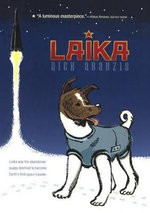