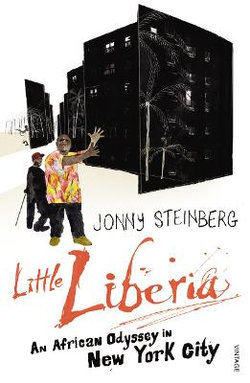 Be the first to write a review
Tweet
RRP  $32.99 $31.75
On Park Hill Avenue in New York City, almost everyone is Liberian. Most people know one another; if not by name, then by face. And yet neighbours do not ask one another what they did in Liberia, for the question is considered an accusation. Many people here fled Liberia's brutal civil war, a conflict that claimed the lives of one in fourteen Liberians. The question of who is responsible is a bitter one.Jacob Massaquoi arrived on Park Hill Avenue in 2002 limping heavily. Before he had been there a week, a hundred stories abounded about his injury. By this time Rufus Arkoi was the acknowledged leader of New York's Liberians, a man who had sat out the war in America, but who harboured hopes of one day returning home to run for president.Within a year the two men were locked in a conflict that threatened to consume the community. The suspicions and accusations the residents had bottled up for years exploded at once. To observers it appeared that this enclave of exiles was frozen at the time of their flight, restarting a war that had ended back home.Jonny Steinberg spent two years in New York shadowing Rufus and Jacob, eventually journeying to Liberia to piece together their biographies from the people who once knew them. What emerges is a story of a horrific and heart-wrenching civil war, of a deeply troubled relationship between America and West Africa, of personal ambition wrestling with moral responsibility, of memory wrestling with forgetfulness and of the quest to be human in a world losing its humanity.Mixing history, reportage and a wealth of extraordinary personal stories Jonny Steinberg takes up the tale of a fractured African nation and its diaspora to remarkable effect. Little Liberia is a unique and important book, told with clarity and compassion, by one of our best and brightest young writers.

Be the first to review Little Liberia. 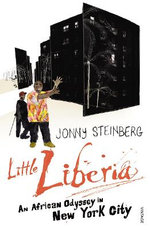