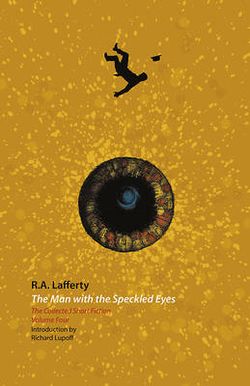 Man with the Speckled Eyes

by R. A. Lafferty

With most of his brilliant and original work now out-of-print, this is the fourth volume in Centipede Press' series of the short fiction of R. A. Lafferty, one of science fiction's most highly-regarded authors. Volume four features a new introduction by esteemed science fiction and fantasy author Richard A. Lupoff, an afterword by John Pelan, and art by Jacob McMurray. The Man with the Speckled Eyes includes nearly twenty stories, many of which have never before been collected in book form.

R. A. Lafferty (1914-2002) was a Hugo Award-winning science fiction and fantasy author known for his singular creativity, originality, and wit. In a Washington Post article after Lafferty's death, Neil Gaiman eulogized him as being "without precedent"; Arthur C. Clarke referred to Lafferty as "One of the few writers who have made me laugh aloud." In 1990, Lafferty received a World Fantasy Lifetime Achievement Award.

Richard A. Lupoff is a Hugo Award-winning editor and Nebula Award-nominated author of short fiction, novels, and nonfiction.

John Pelan is a genre historian living in New Mexico.

Jacob McMurray is a graphic designer and illustrator living in Seattle, Washington. He is also a curator at the Science Fiction Museum in Seattle.

Be the first to review Man with the Speckled Eyes. 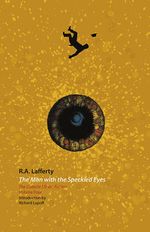 Man with the Speckled Eyes

by R. A. Lafferty