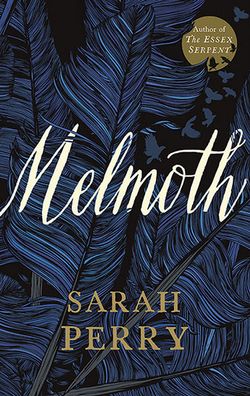 Twenty years ago Helen Franklin did something she cannot forgive herself for, and she has spent every day since barricading herself against its memory.

But the sheltered life she has crafted for herself is about to change. A strange manuscript has come into her possession, and its contents have the power to unravel every strand of her fragile safety net.

It is filled with testimonies from the darkest chapters of human history, which all record sightings of a tall, silent woman in black, with unblinking eyes and bleeding feet: Melmoth, the loneliest being in the world. Condemned to walk the Earth forever, she tries to beguile the guilty and lure them away for a lifetime wandering alongside her. Everyone that Melmoth seeks out must make a choice: to live with what they've done, or be led into the darkness.

Despite her scepticism, Helen can't stop reading, or shake the feeling that someone or something is watching her. As her past finally catches up with her, she too must choose which path to take.

Exquisitely written, and gripping until the very last page, this is a masterpiece of moral complexity, asking us profound questions about mercy, redemption, and how to make the best of our conflicted world.

When advance copies of Melmoth arrived in our office I very nearly offered up my firstborn child just to get my hands on one. I adored The Essex Serpent, so naturally I was keen to see if Sarah Perry could rework her magic and capture my imagination once again. The answer to that question is a resounding yes - Melmoth left me totally spellbound from start to finish.

Deliciously dark and compelling, Perry has taken the atmospheric dread from the Gothic tale of Melmoth the Wanderer and created a modern tale of redemption that blurs the foundations of reality. The novel tells the story of Helen Franklin, a translator who has spent the last twenty years hiding from a past that is about to come knocking when she comes into the possession of a mysterious old manuscript. It is filled with many strange and awful tales of people unlucky enough to have encountered a being called Melmoth, a hooded figure condemned to walk the earth alone forever unless she can lure herself a guilty companion. The more she reads of Melmoth, the more Helen begins to feel her scepticism replaced by an uncanny sense of recognition, and the walls she has built around herself begin to crumble as she reckons with her past in the face of an oncoming darkness that is terrifying, yet strangely enticing.

This is an exquisite novel from a masterful writer that will leave you forever looking over your shoulder. I would gladly walk with Melmoth forever if it meant that Sarah Perry would keep writing such incredible books. 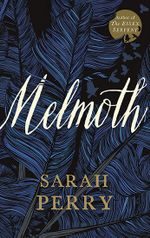 Romance Contemporary fiction Literary Fiction For Her Fiction
Hold on while we process your request.